The building code is a set of minimum construction requirements applicable to all structures, with some exceptions, which intends to protect the safety, health and general welfare of the public. The building codes are living documents in that they are reviewed, revised and rewritten every three years. New systems are included, others deleted, while other topics are reorganized. The building code is both a prescriptive and a performance document. The prescriptive provisions are the measurable components of construction like stair rise and run, structural members size and lengths, guard height and opening limitations, etc. The performance provisions of the code ask the questions “Does it meet the intent of the code and will it work?”

Chapter 1 of the building code is titled Scope and Administration. Individual states may have amended this chapter applicable to their state but the legal elements are still basically the same. Chapter 1 identifies when permits are required, submittal documents, required inspections, violations, method to appeal a building official’s decision, and the powers and responsibilities of the building official.

IBC Section 104.11 (IRC Section R104.11) Alternative materials, design and methods of construction and equipment gives the building official the authority to approve an alternate method of construction, provided the design is satisfactory and complies with the intent of the provisions of the code in several areas such as quality, strength, fire resistance, durability and safety. The building official also has the authority to require testing of the proposed material/system as evidence of compliance with the code. If the alternative material/system is not approved, the building official shall respond to the applicant in writing, stating the reasons why the alternative was not approved. The reason for not approving the alternate must be based on specific code provisions and not just a personal opinion.

The approval process includes a thorough examination (plan review) of documents submitted for code compliance with the prescriptive provisions of the building code. To move outside the prescriptive provisions, the applicant would need to provide the building official with secondary documents that shows that the proposed material/system meets the intent of the code. Secondary documents could include documents such as product/system testing data based on recognized standards and/or engineering analysis indicating compliance with the structural, fire resistance, etc. provisions of the code.

For example, the building code requires that buildings must have a foundation capable of accommodating all loads (both live and dead) and transmitting the resulting loads to the supporting soils. The building code does not specify which foundation system the applicant must use but rather provides prescriptive requirements for the various types of traditional foundations available. If the applicant wants to use a “special foundation” for a building (performance), they must prove to the building official that the proposal will work. There are many advantages to using alternative engineered products.

To expedite the approval process, the applicant should request a short meeting with the building official prior to application submittal to explain how the proposed alternate meets the intent of the code. This also allows the code official to identify concerns of the proposal which then gives the applicant guidance on what is missing from the construction documents.  Education on both sides of the table is important.

Some jurisdictions may have a form that must be completed by the applicant; others may accept a simple written request with the above items noted. Approval of a proposed alternate method is not an automatic process. The applicant must realize that the responsibility of proving compliance with the code rests with them.

Don’t be afraid to ask questions about specifics missing from the proposal. Work with the code official. 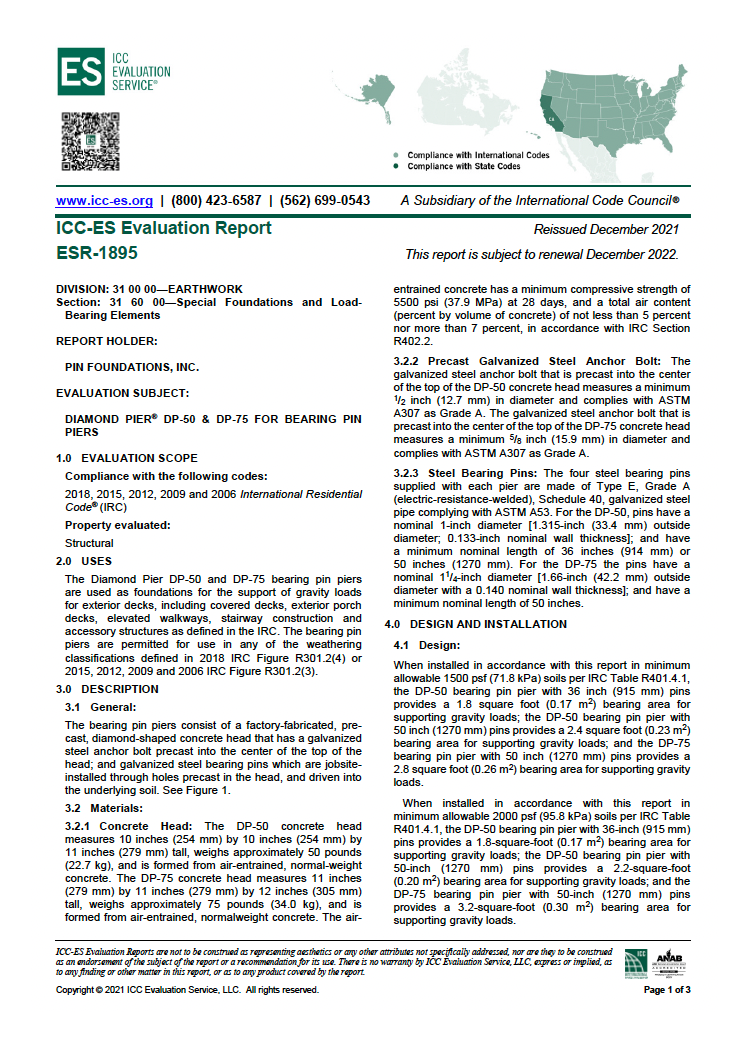 Are you ready to build beyond the standard?

Let us know what you’re working on.